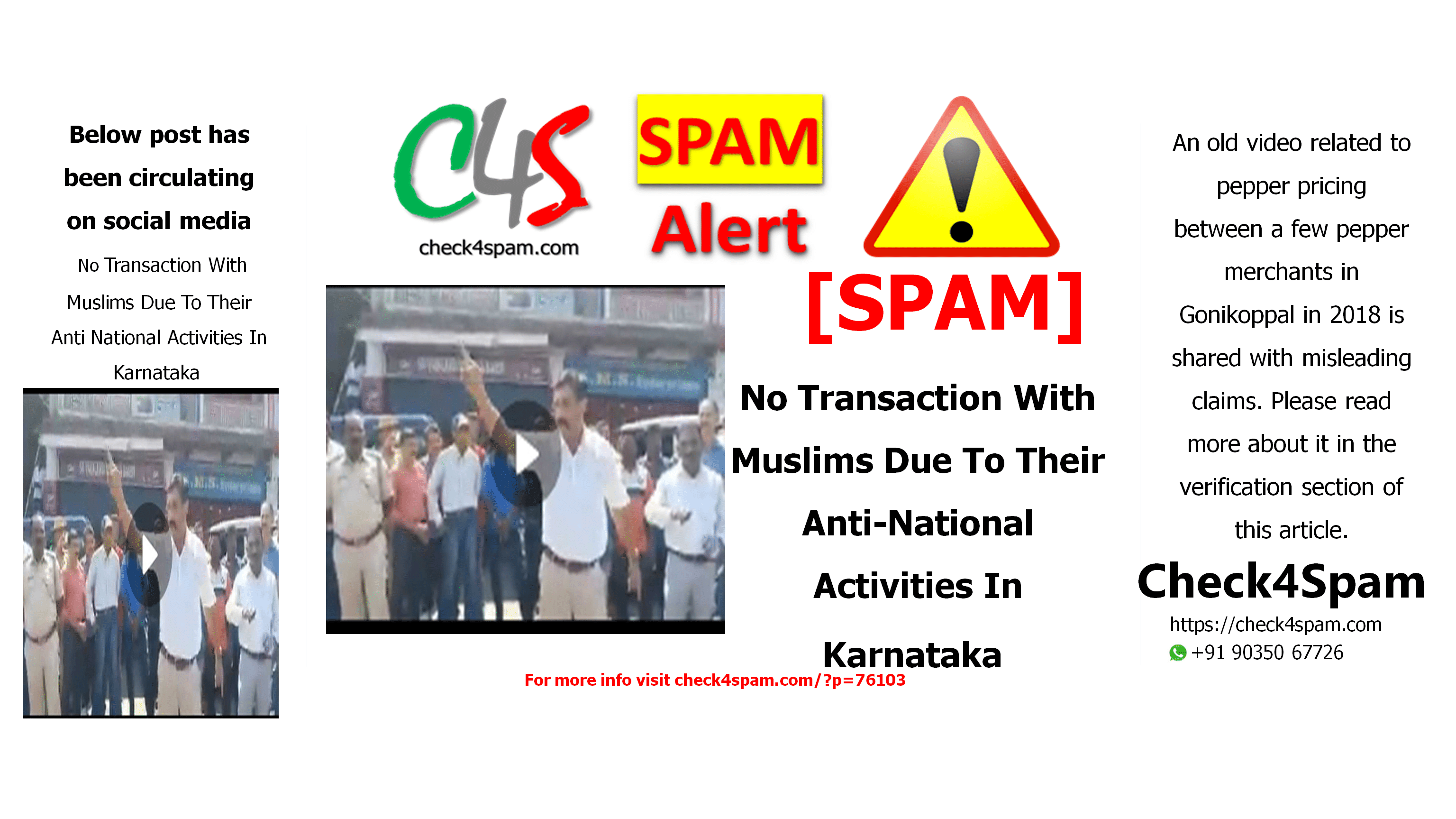 An old video related to pepper pricing between a few pepper merchants in Gonikoppal in 2018 is shared with misleading claims. Please read more about it in the verification section of this article.

An old video related to pepper pricing between a few pepper merchants in Gonikoppal in 2018 is shared with misleading claims.

The man in the video as MM Ravindra, former district president of Kodagu BJP. Check4Spam contacted SP Office Kodagu Madikeri. It was confirmed that the video is an old one. The video is related to pepper pricing between few pepper merchants in Gonikoppal in 2018. Officials have taken note of it and are on the look for those who resurfaced the video with new misleading claims. Few people are picked up for the investigation of this matter. Check the link below to know the facts:

According to @TheQuint, Kodagu Superintendent of Police Dr Suman D Pennekar confirmed to The Quint, that the video is old and has been re-shared by some miscreants to spread fake news.

“The video has come to our attention. It is an old video related to pepper pricing between some pepper merchants in Gonikoppal. We have spoken to the speaker also, Mr Ravindra, and got video testimony from him about the context in which he had made the speech. We are tracking the fellows who have resurfaced it, going backwards to investigate how it resurfaced again. We have picked up a few people who had forwarded it and are questioning them (sic).”

The video is found on the Facebook account of @Congress Muktha Karnataka. It was shared on 22 Nov 2018. The old video is again viral with different claims that say to stop any transactions with Muslims due to their anti-national activities. 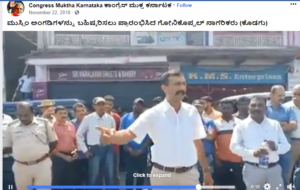