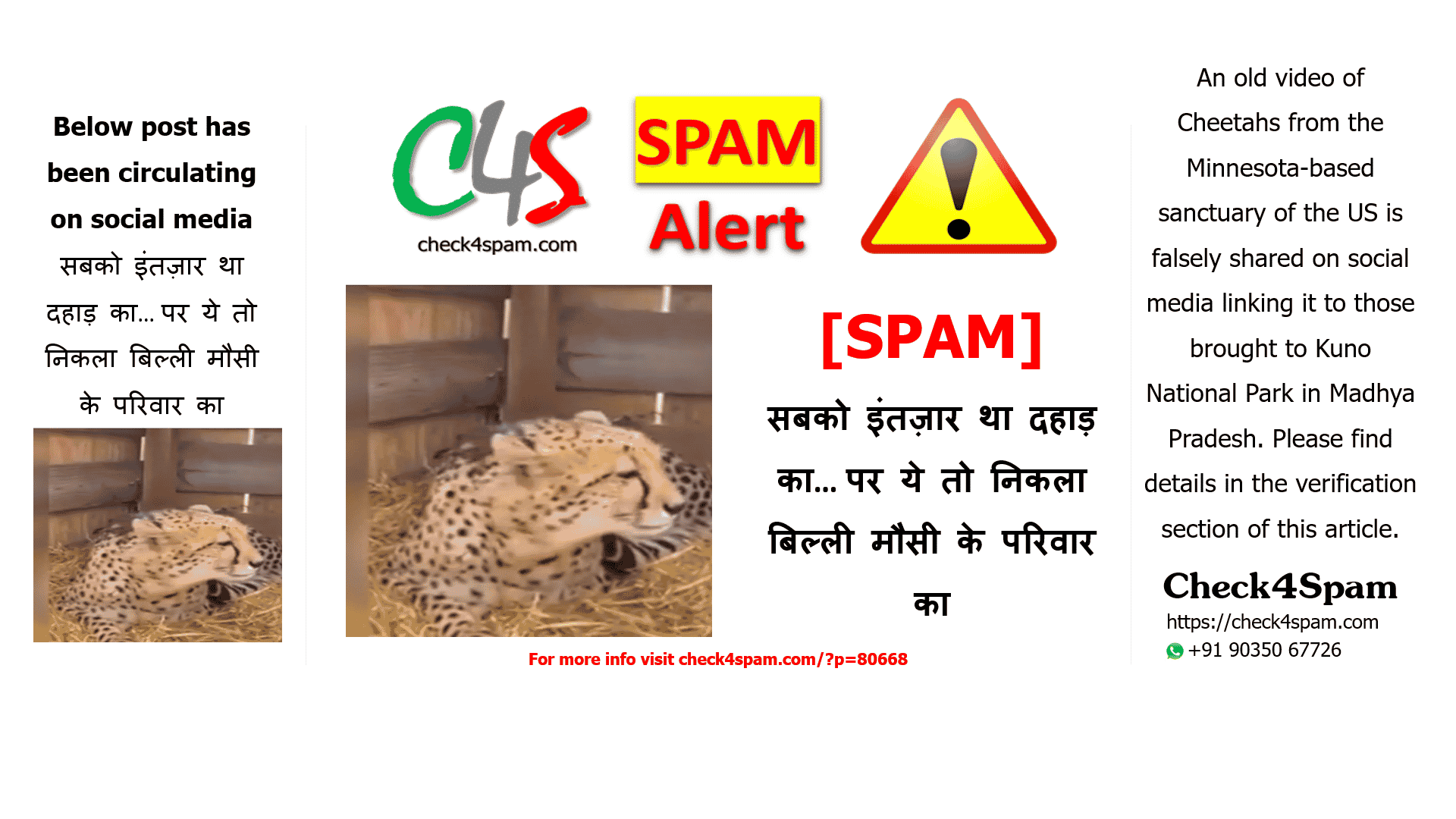 An old video of Cheetahs from the Minnesota-based sanctuary in the US is falsely shared on social media linking it to those brought to Kuno National Park in Madhya Pradesh. Please read more about it in the verification section of this article.

Verification: A clip of an old video from Minnesota-based sanctuary of the US is shared with false claims

An old video of Cheetahs from the Minnesota-based sanctuary in the US is falsely shared on social media linking it to those brought to Kuno National Park in Madhya Pradesh. The claim is “सबको इंतज़ार था दहाड़ का… पर ये तो निकला बिल्ली मौसी के परिवार का.”  A video of a cheetah sitting inside a cage and meowing was shared on Twitter and Facebook. This is not true.

The cheetahs were released into the wild by Prime Minister Narendra Modi on 17 September on the occasion of his birthday. Check the video shared below to know more about it:

The same viral video can be seen on Twitter and was shared on 25th November 2021. That proves that no way the video is recent. The caption to the tweet is “I bless you with these two cheetahs who are really just very, very tall kittens” (translated to English). The watermark “Wildcatsanctuary” can be seen on the TikTok account.

Looking for the Watermark it was found that this video is an old one from the year 2021 and shows two cheetah brothers from Minnesota’s Wildcat Sanctuary.  According to the Wildcat sanctuary’s website, they (Kitu and Lavani) were brought to Minnesota in the United States in April 2021.
The website of The Wildcat Sanctuary located in Sandstone, Minnesota, has a page dedicated to the cheetahs from the sanctuary. Check the 59-second-long video on Reddit which showed the same cheetahs.

The old short video clip of the Cheetah brothers from a Minnesota-based sanctuary in the US is being shared with false claims on social media with misleading claims connecting it to the release of species by PM Modi after it was declared extinct years back.