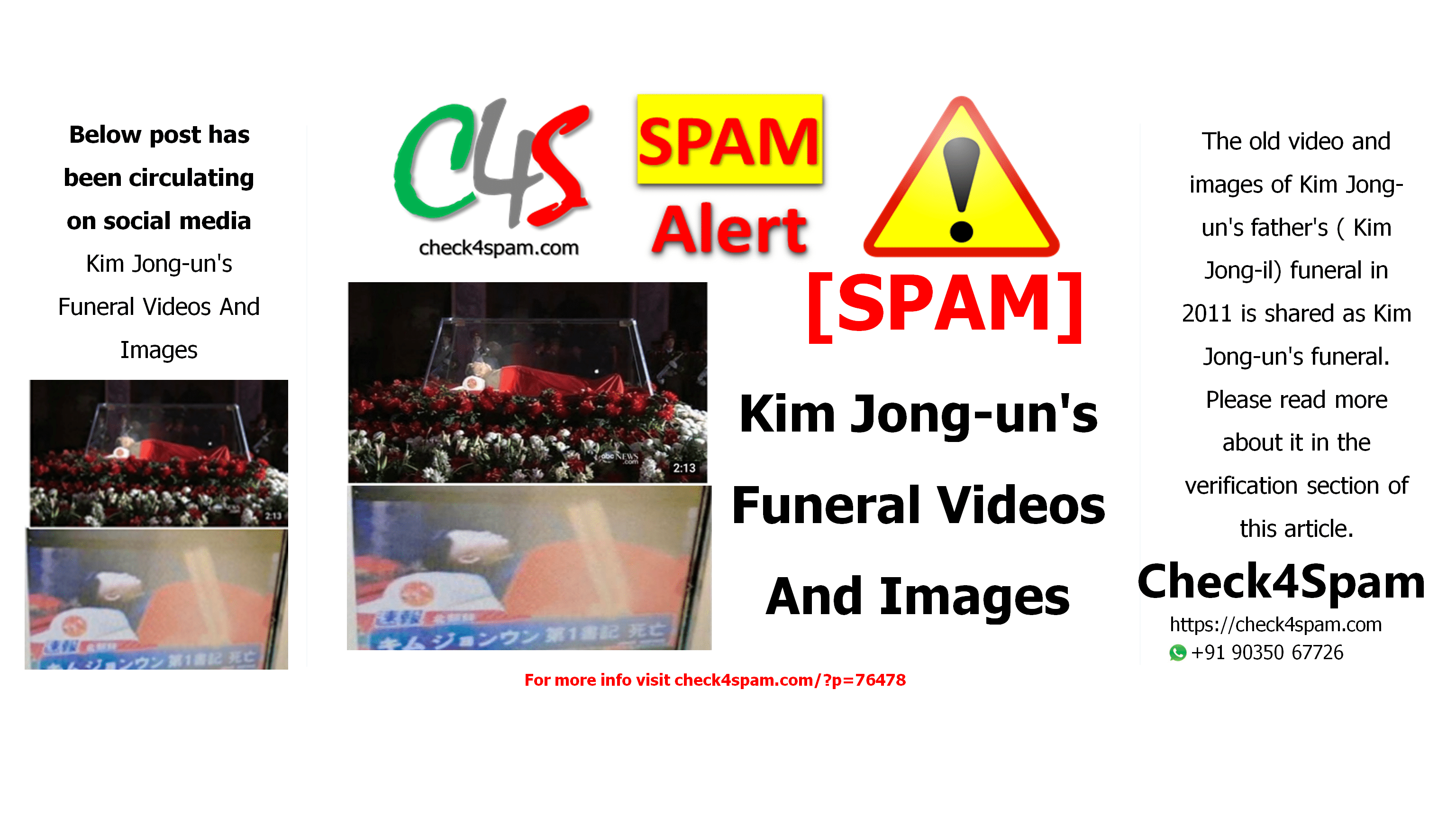 The old video and images of Kim Jong-un’s father’s ( Kim Jong-il) funeral in 2011 is shared as Kim Jong-un’s funeral. Please read more about it in the verification section of this article. 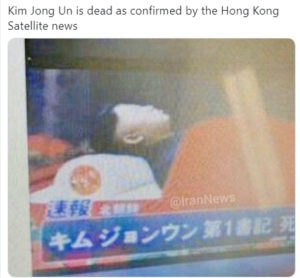 Verification: The funeral of Kim Jong-il is shared as Kim Jong-un ‘s funeral

The videos and images of funeral shared on social media claiming to be of North Korean leader Kim Jong- un’s are not true. That is the funeral ceremony of his father Kim Jong-il on 20 Dec 2011. There are speculations about the health and death of Kim Jong-un on social media. There is no concrete information about his death from any official sources. Check the links shared below to know the facts: 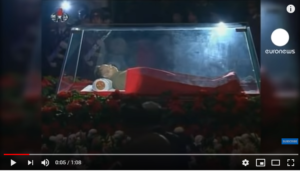 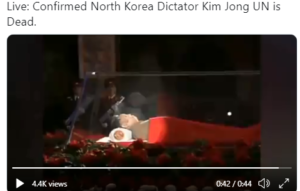