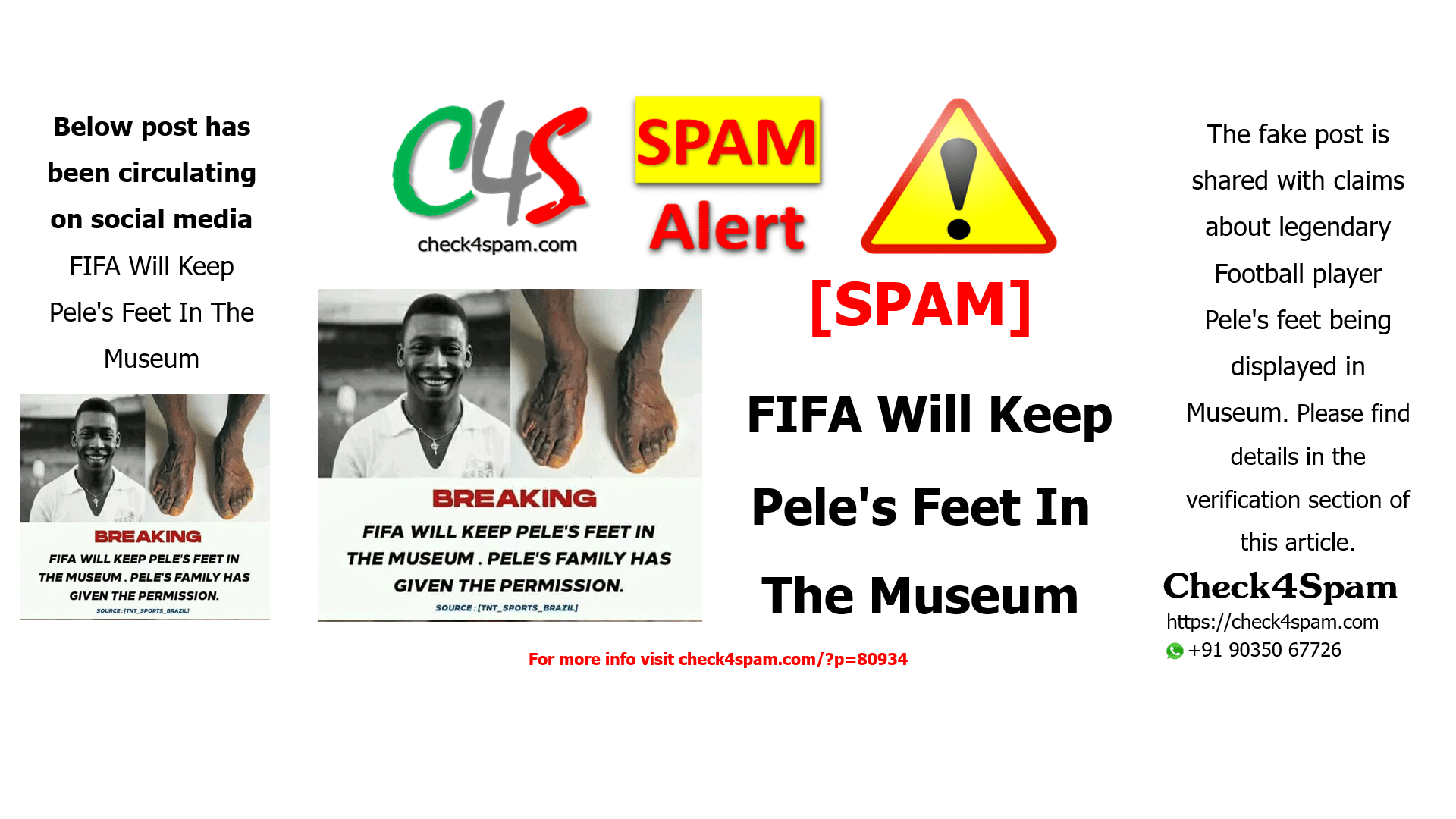 [SPAM]  FIFA Will Keep Pele’s Feet In The Museum

FIFA Will Keep Pele’s Feet In The Museum

FIFA will keep Peles feet in a museum Pele family have given permission pic.twitter.com/aGxBjuprJn

What’s your take on this ? pic.twitter.com/o4CpzHXCCH

Verification: FIFA is not displaying Pele’s Feet in Museum

After the demise of Brazilian football legend Pele at the age of 82 on December 29, last year, a social media claim went viral stating that FIFA, the world’s football governing body, would keep the former Brazilian international player’s feet at the museum and that his family had given permission. Edson Arantes do Nascimento, better known by his nickname Pelé, was a Brazilian professional footballer who played as a forward.

The post is being shared on Twitter and  Facebook with the claim “FIFA Will Keep Pele’s Feet In The Museum. Pele’s Family Has Given The Permission.”

The governing body of world soccer told Reuters states  FIFA is neither planning to keep nor display, the feet of legendary soccer player Pele in its Swiss museum, contrary to a claim made online.  Reuters that the claim is entirely false.

An Instagram post by American photographer Annie Leibovitz shows a photo of Pele’s feet. The same picture is used in viral posts. Leibovitz took this photo in 1981 and posted it on Pele’s birthday, October 23, 2020.

Pele left his footprints at the famous hall of Maracana stadium in Rio de Janeiro. You can see images of Pelé’s footprints: 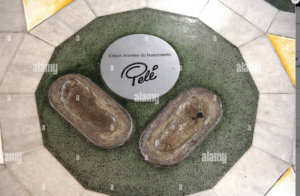 Check the video shared below:

FIFA Will Keep Pele’s Feet In The Museum I Nokiye