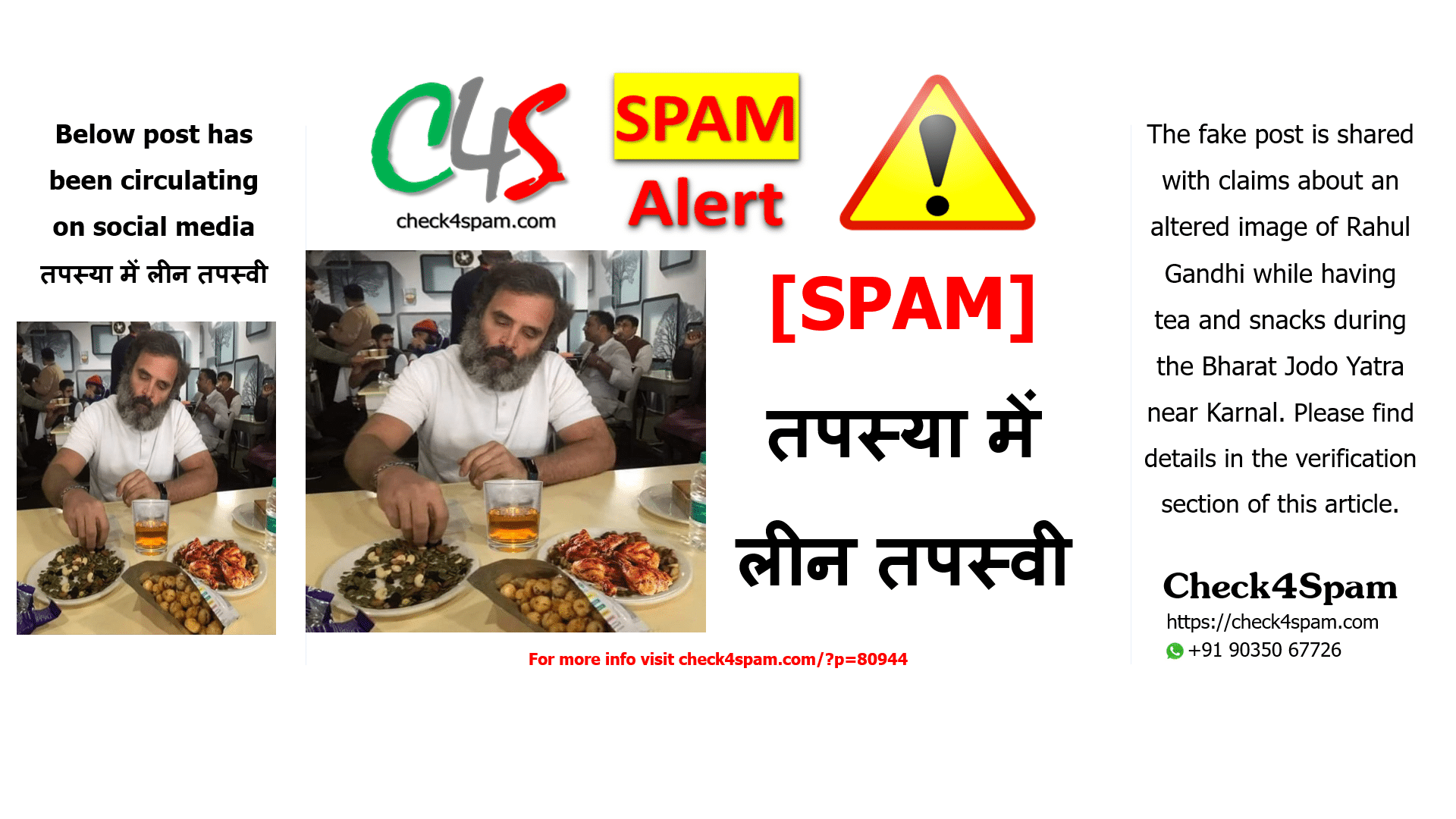 Verification: Rahul Gandhi was having tea and not alcohol

An image of Rahul Gandhi having snacks and tea is being digitally morphed to mislead by replacing a tea glass with an alcohol glass. The image is being circulated on social media with the claim ” तपस्या में लीन तपस्वी.” Rahul Gandhi was having Tea at a Dhaba near Karnal while on Bharat Jodo Yatra. Check the link shared below to know the facts”

Coincidentally Paranjoy Guha Thakurta (Journalist, author, publisher, educator, and documentary film-make) also clicked a similar photo and shared it on his Twitter account on 7th Jan 2023. Searching an image with a Reverse image search, the photo was found on his Twitter account with details of how he met Rahu Gandhi and discussed politics, economics, etc. The replaced glass seen in the viral image is being taken from the internet.

It was sheer coincidence: travelling to Punjab this morning, I crossed the Bharat Jodo Yatra. With some difficulty and a scuffle, I was able to meet Rahul Gandhi while he was eating at a dhaba a few kms from Karnal. We discussed politics, economics and India’s richest men.. 1/2 pic.twitter.com/yg4394bFfT

Check the YouTube video shared by News 24. The real image can be seen in the video.

Check the screenshot from the video: 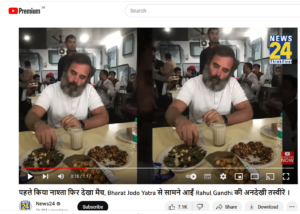 Rahul Gandhi was having tea and not alcohol.